Fans all across the world were ecstatic when Marvel revealed a Disney+ series based on Loki, everyone’s favorite Villain/Anti-hero. This is the best news for Loki fans since Thanos mercilessly assassinated the God of Mischief in Avengers: Infinity War. The return was also questioned, with Thanos stating, “No resurrections this time.”

After many resurrections, Loki will make one final appearance in the MCU with the Disney+ series. However, the reappearance of the God of Mischief has left many fans perplexed about his fate in the MCU. This article will assist those fans in determining the fate of the beloved anti-hero in the fan-favorite superhero universe.

When will Loki be available on Disney+?

Loki‘s return to the MCU via Disney+ is scheduled for Wednesday, June 9th, 2021, and, like the previous series, Loki will be a weekly affair, which means fans will have to come every Wednesday until the finale. The release date is set for 12:00 a.m. (PT) on Disney+ in the United States and other countries.

The third MCU Disney+ series is planned to contain six episodes, each lasting 40 to 50 minutes, for a total viewing time of roughly six hours. Unlike the previous two series, ‘WandaVision’ and ‘The Falcon and the Winter Soldier,’ Lo ki’s episodes will be released on Wednesdays rather than Fridays.

Loki’s projected schedule is as follows:

Loki, a Disney+ series, starring Tom Hiddleston as the title figure and introduces Owen Wilson as Mobius M. Mobius, a TVA agent (Time Variance Authority). Aside from the two major characters, Gugu Mbatha-Raw and Wunmi Mosaku have appeared as Ravonna Renslayer and Hunter B-15, respectively.

The series has cast Sophia Di Martino, Richard E. Grant, and Erika Coleman in unspecified parts. However, their responsibilities are intended to center around the TVA and the show’s additional split histories.

What can we expect from Loki?

As previously stated, Thanos killed Loki in Avengers: Infinity War, but an alternate form of the God of Mischief appeared in Avengers: End Game. The Asgardian prince and Tessaract fled through a portal, resulting in a branching world.

The MCU Disney+ series begins with Loki being taken into custody by the TVA, an agency that keeps split realities and timelines in check. As a result of his devious behavior, the Frost-born son of Frigga is compelled to straighten out.

The series will feature Loki’s antics in the different branched realities that the TVA forces him to traverse. MCU trailers frequently include numerous fabricated and thrilling sequences, and even in Loki’s trailer, the protagonist is depicted donning D. B. Cooper’s Avatar and fleeing through Bifrost.

Viewers will have to tune in to Loki on Disney+ beginning June 9th to learn more about the context of this and many other Loki pranks.

How long will each ‘Loki’ episode be?

The first episode of the Loki series lasted 51 minutes. In an interview with Collider regarding the MCU’s upcoming shows, Marvel CEO Kevin Feige confirmed that each episode of Loki would be roughly the same length.

“For example, WandaVision started that way, and Falcon and the Winter Soldier started that way, but because it’s streaming, it’s Disney+, and the regulations have blurred over the years,” he continued. “However, She-Hulk, for example, is being produced as 10 30-minute episodes.” Some will be longer while others will be shorter. Loki, Falcon, and the Winter Soldier will be split into six 40-50 minute segments.”

Time is a separate character in Lo ki. Knowing that inconsistencies between episodes would be easily picked up on by fans, chief writer Michael Waldron made sure to keep the time travel components as tight as possible.

“So that was our difficulty, as well as the fact that it’s one thing to do a time travel movie where you watch it, walk away, maybe realize some of it didn’t make sense, but that’s OK, it’s a movie,” he explained to Collider. “There are six episodes.”

“People will have a week between each of these things to take them apart,” Waldron continued. “‘Look, folks, they’re going to hold our feet to the fire,’ I kept telling our authors. We need to make this as airtight as possible so that it can endure a week of inspection for each episode.”

How long is the new Spider-Man movie

The multiverse will undoubtedly play a role in Spider-Man: No Way Home, and fans are eager to see the villains from the other franchise take on Holland’s webhead… 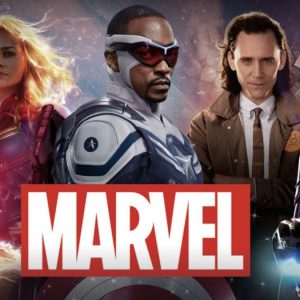 How many Marvel movies are there

How many Matrix movies are there?